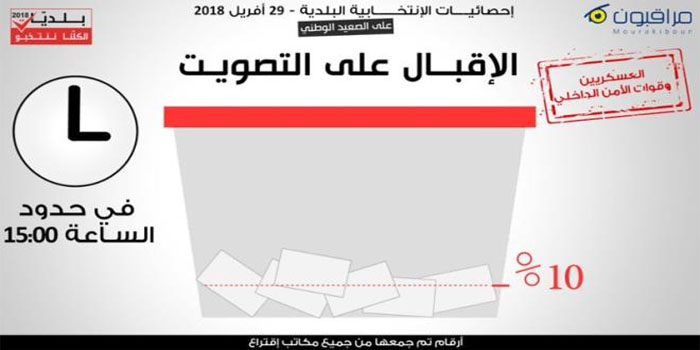 The turnout reached 10% at 3 pm as military and security personnel went to the polls Sunday to cast their votes in municipal elections, Mourakiboun said.

The election observation network said in a Facebook post it mobilised observers in the 359 polling stations set up in the country’s 350 municipalities.