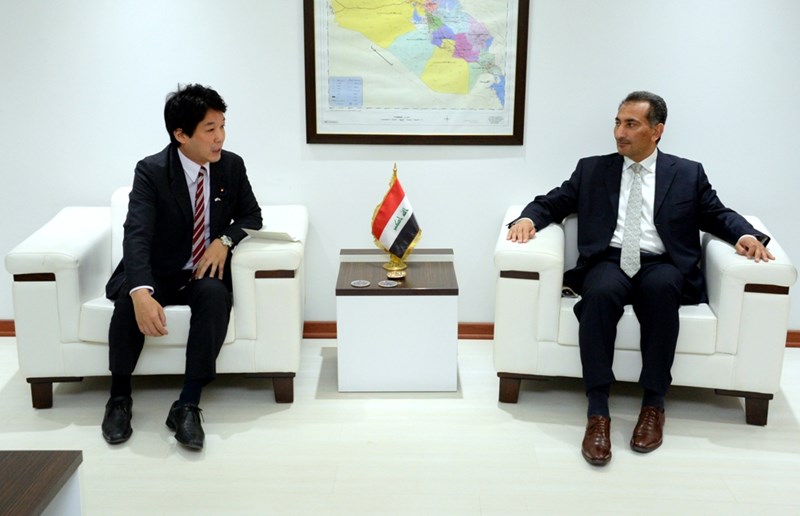 A statement by the Ministry of Foreign Affairs received by IraqiNews.com cited “Sonoura appreciated the Iraqi government’s stance in the assassination of the two Japanese hostages by the terrorist Islamic State (IS), noting that his visit to Iraq is to strengthen bilateral ties.

“Al Khairullah expressed the Iraqi government’s and people’s condolences to the families of the victims,” the statement concluded.