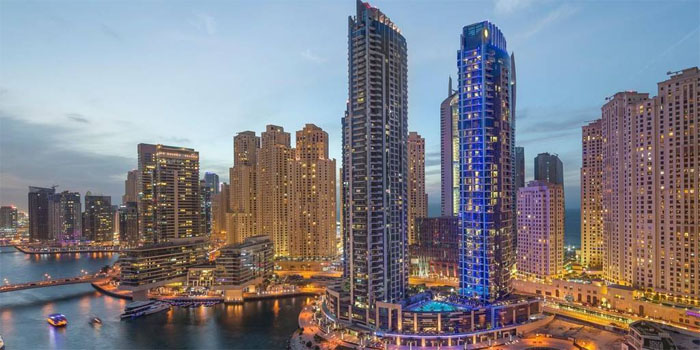 Hotels in the emirate of Dubai have generated around AED 5.66 billion ($1.54 billion) in revenue during the first seven months of 2019, compared to AED 6.24 billion ($1.7 billion) in the prior-year period.

The number of guest nights during the January-July period of the year reached 18.09 million, while the average return on a hotel room stood at around AED 313, according to official data issued by Dubai’s Department of Tourism and Commerce Marketing (DTCM).
The average price of a hotel room in Dubai hit AED 422 per night during the seven-month period ended 31 July, the DTCM said.

Meanwhile, the average length of stay of visitors in the emirate reached 3.5 nights, data showed.

During the first four months of 2019, the average price of a hotel room in Dubai stood at AED 498, while length of stay of visitors reached 3.5 nights.

Dubai hotels’ revenue is one of the highest in the world; therefore, international hospitality groups seek expansion in the emirate with the aim of getting a share of this revenue.

The relevant authorities are keen on achieving Dubai Tourism Vision by attracting 20 million tourists and adding 36,000 rooms to the emirate’s hospitality portfolio to reach 140,000 rooms by 2020.