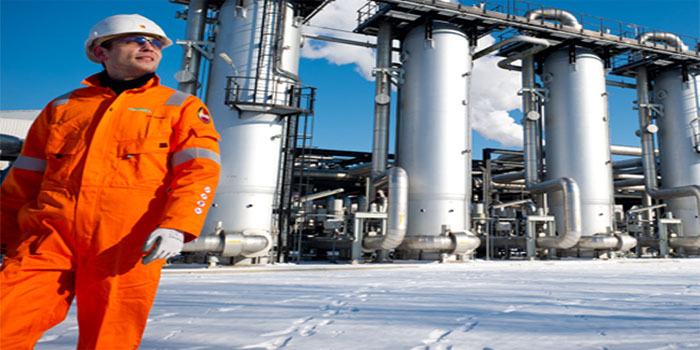 Abu Dhabi National Energy Company (Taqa), a leading global energy company headquartered in the UAE capital with operations in 11 countries, has registered a revenue of Dh9 billion ($2.45 billion) during the first half of the year, up 5 per cent over the same period last year.
Announcing its financial results and operational highlights for the six-month period ending June 30, 2019, Taqa said the Group’s Oil and Gas business delivered strong performance with an 11% increase in revenue, mainly driven by increased production volumes from its assets in Europe and Iraq.
Revenues from the Power and Water business remained stable, increasing by Dh73 million to reach Dh5.7 billion, the company said in a statement.
For the first half of the year, the Group reported Dh4.8 billion in ebitda, which remained steady with H1 2018. Strong performance of the Group’s Oil and Gas business delivered a 15% improvement in ebitda of Dh193 million, it added.
The Group’s overall capex also rose to Dh957 million in the first six months of 2019, a 15% increase when compared to the same period in 2018. The increase in Oil and Gas capex was largely driven by the Dh116 million acquisition of an additional 7.5% working stake in the Atrush Block from Marathon Oil Kurdistan B.V. in May of this year.
The acquired stake increases Taqa’s working interest in the project from 39.9% to 47.4%. Additional capex in Iraq was focussed towards bringing new wells on stream and the impact of debottlenecking work to increase the capacity of the current production facility, said the statement.
This has proven to be a worthwhile investment, with Taqa’s entitlement production increasing to 5,728 boe/d in H1 2019, a 149% improvement compared to the previous year, it stated.
While Taqa continued to witness robust operational performance, the bottom line was somewhat impacted by one-off items. The Group reported a net profit (Taqa share) of Dh214 million, compared to Dh278 million in H1 2018 on the back of unfavourable mark-to-market (MTM) revaluations within its US-based power asset, an increased deferred tax charge due to changes in Alberta provincial tax rates and a reduction in share of results from investments in associates, said the Emirati group in a statement.
The Group’s operational highlights for H1 2019 included strong performance across its Power and Water business with total gross power generation of 42,122 GWh and 117,183 million imperial gallons (MIG) of gross water desalination.
The Technical Availability across the fleet averaged 93.1%, mostly consistent with the first half of 2018 at 92.5%. The average production by the Oil and Gas business for the first half of the year increased 3% to 124,760 bpd, aided by strong well performance in Europe and Iraq.
Taqa’s liquidity as of June 30, 2019 remained strong at Dh12.8 billion, including Dh2.6 billion in cash and cash equivalents, and Dh10.2 billion of undrawn credit facilities.
According to Taqa, the Group continued its substantial progress in reduction of debt that stood at Dh64.5 billion, and plunged to Dh1.8 billion compared to the total debt balance of Dh66.3 billion as of December 31, 2018.
Commenting on the performance, Chairman Saeed Mubarak Al Hajeri said: “Our solid performance in H1 2019 is underpinned by our strong operational performance. The Group’s balance sheet remains healthy, and with stable revenues and a further reduction in debt coupled with strong liquidity we remain on course to meet our long term objectives.”
“The recent ratings affirmation from Moody’s is a testament to the stability of our operational performance,” he stated.
“We also made exciting progress in advancing our strategy of maintaining capital discipline with focused investments in our core assets, such as the Atrush Block. Looking ahead, we remain optimistic and believe that our investments in the UAE and other strategic markets will contribute to a sustained growth story,” he added.
-Trade arabia